One year ago, Team VICTOR Korea stroke three golds, sweeping the doubles field in Odense after victories of Lee Yong Dae/Yoo Yeon Seong, Jung Kyung Eun/Shin Seung Chan, and Ko Sung Hyun/Kim Ha Na. Although Lee has now called it a career, the women’s and mixed doubles superstars Jung/Shin and Ko/Kim continue to carry the flag. Both teams won on home turf a couple of weeks ago at the VICTOR Korea Open and look to extend their win streak this week at the Denmark Open. Ko/Kim will also be hoping to make a third consecutive final showing at a Superseries event. 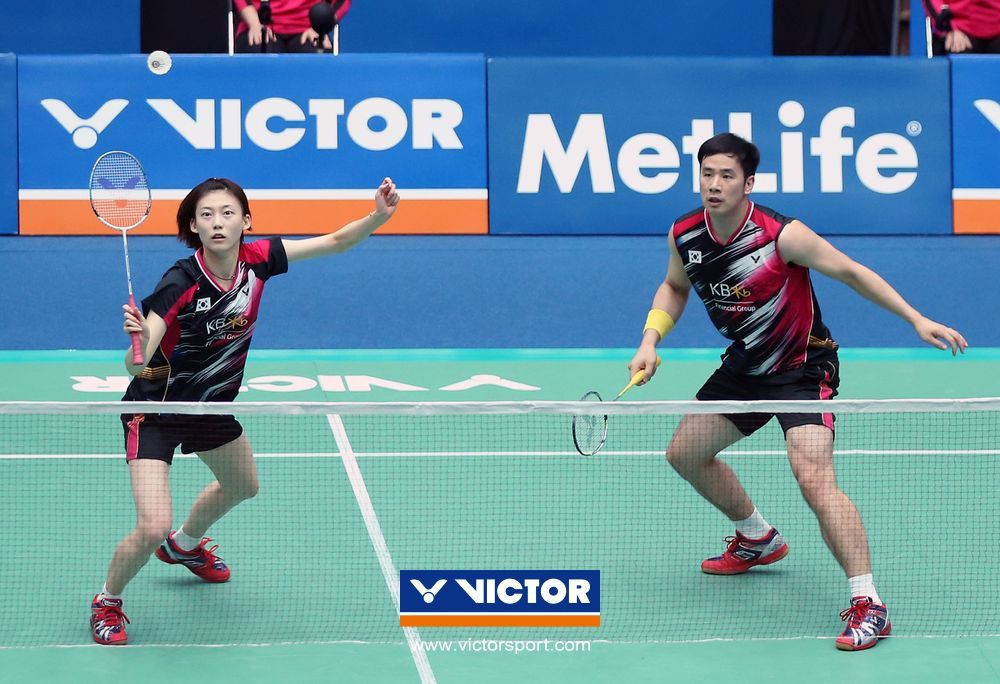 Ko Sung Hyun and Kim Ha Na have been in the finals of the last two Superseries events, winning one title in Seoul.(Credit: Badmintonphoto) 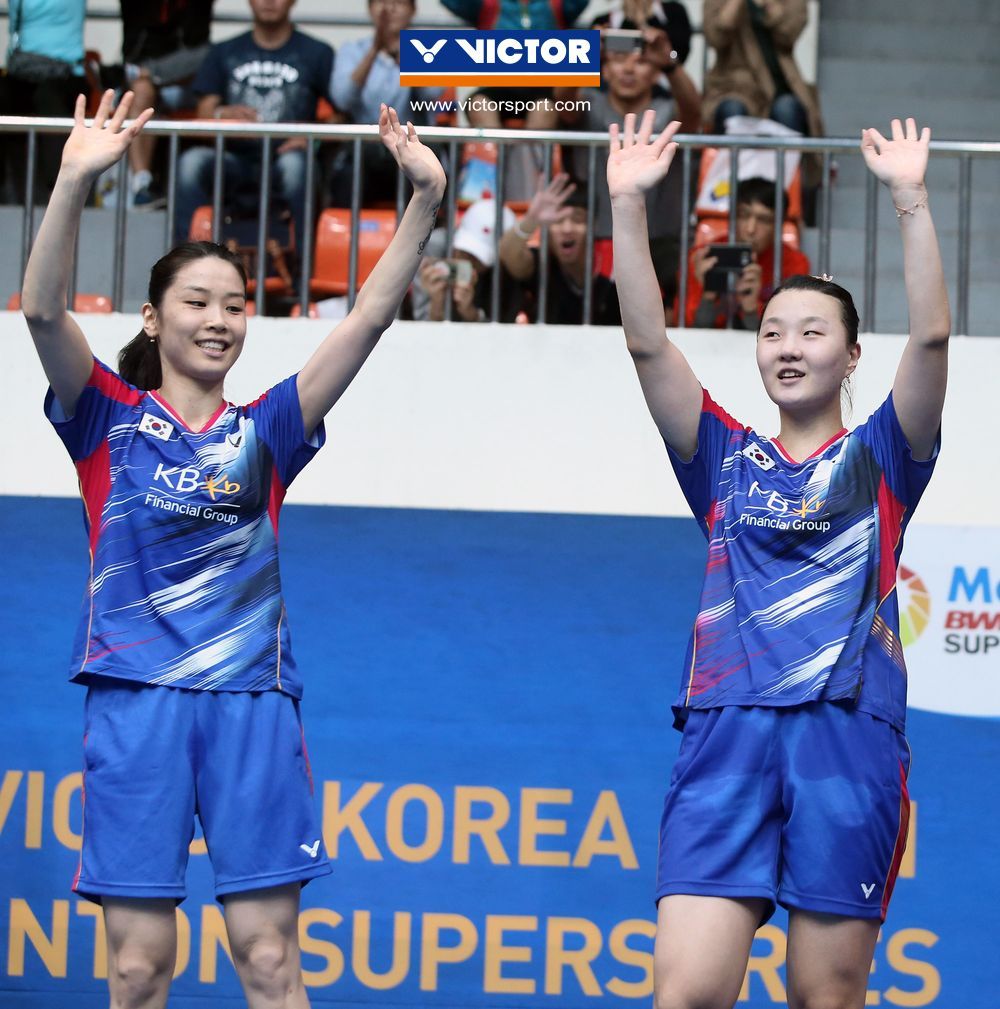 Korean No.1 Jung Kyung Eun and Shin Seung Chan are the defending champions this week in Odense.(Credit: Badmintonphoto)

However, Ko and Kim can have one big challenge to overcome this week if they are to repeat the feat in Denmark. Rio Olympics gold medalists, Indonesian and Team VICTOR pride Tontowi Ahmad/Liliyana Natsir are back in the competition after an almost two-month break.

The former pair is seeded top and the latter is sitting at the bottom of the draw as the no.2 seeds. Should Ko/Kim earn a chance in their third Superseries final in a row to battle against the Olympic champs, they will potentially, again, need to pass the test from Malaysian world number 5, Olympic silver medalists Chan Peng Soon/Goh Liu Ying. 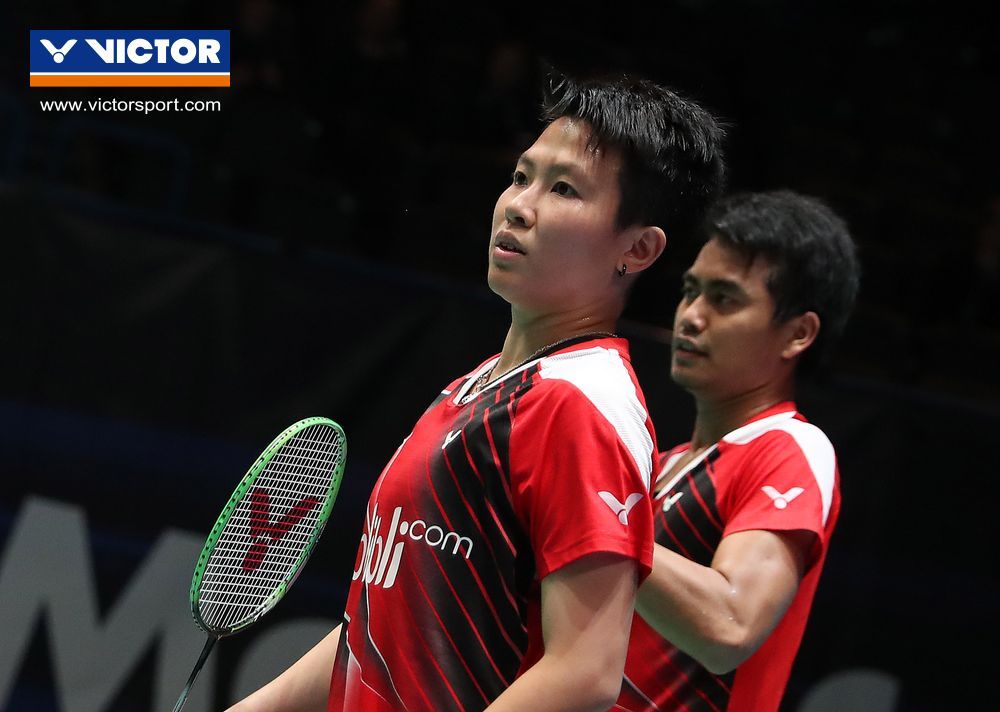 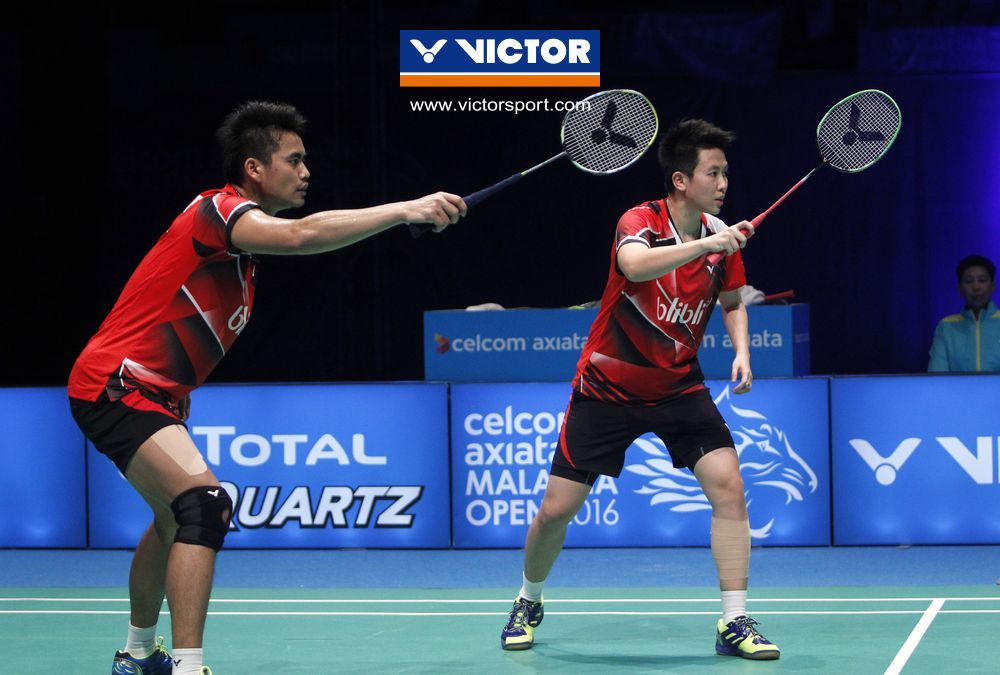 Back to back Superseries semifinals in Tokyo and Seoul brought Chan/Goh back into the top 5 in the world. However, the very team that stopped them on both occasions is Ko/Kim and Chan/Goh, seeded sixth, is drawn in the top half, which means they might have to try to solve the Korean puzzle again in the semis.

Before they move onto the weekend, their compatriots and the recent Thailand Open G.P. Gold winners Tan Kian Meng/Lai Pei Jing are set to ring the upset alarm. The confident young duo definitely has the capability of pulling an upset on any given day right now. They have made it to Sunday in their last four tournaments (three G.P. Golds and one G.P. in Vietnam where won as well). Actually, Tan/Lai held a 1-0 record over Chan/Peng with a win at the start of the year at the VICTOR Far East Malaysia Masters. 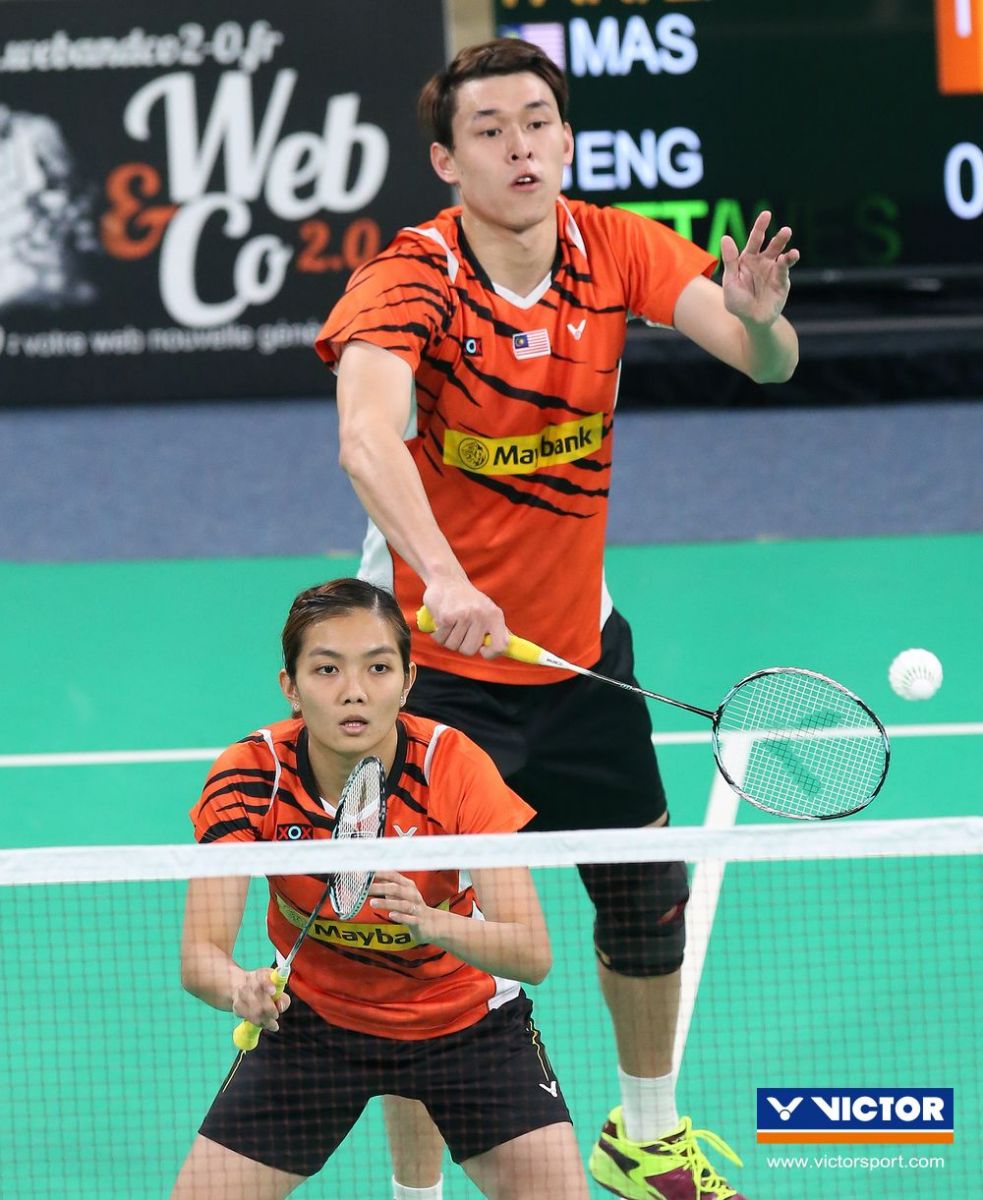 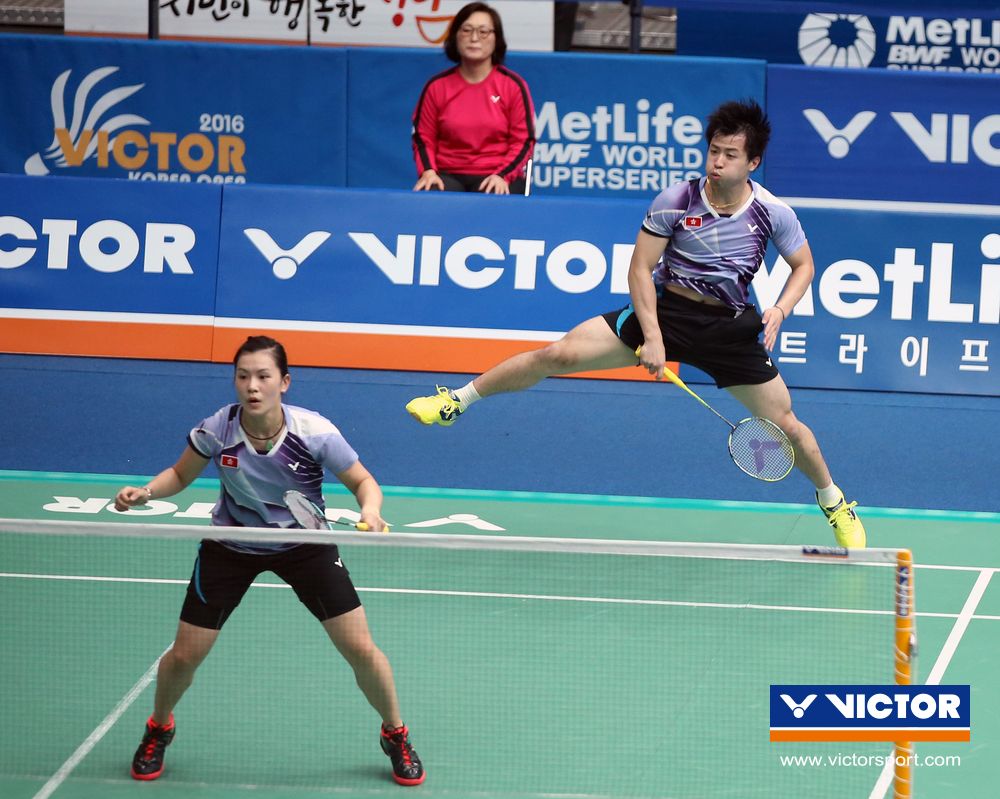 We are officially moving into a new era in the men’s doubles after the retirement of Lee Yong Dae. This week sees China’s Chai/Hong as the lone top 5 teams in action. The sport is looking for a new leader and the Denmark Open can make a great indication. 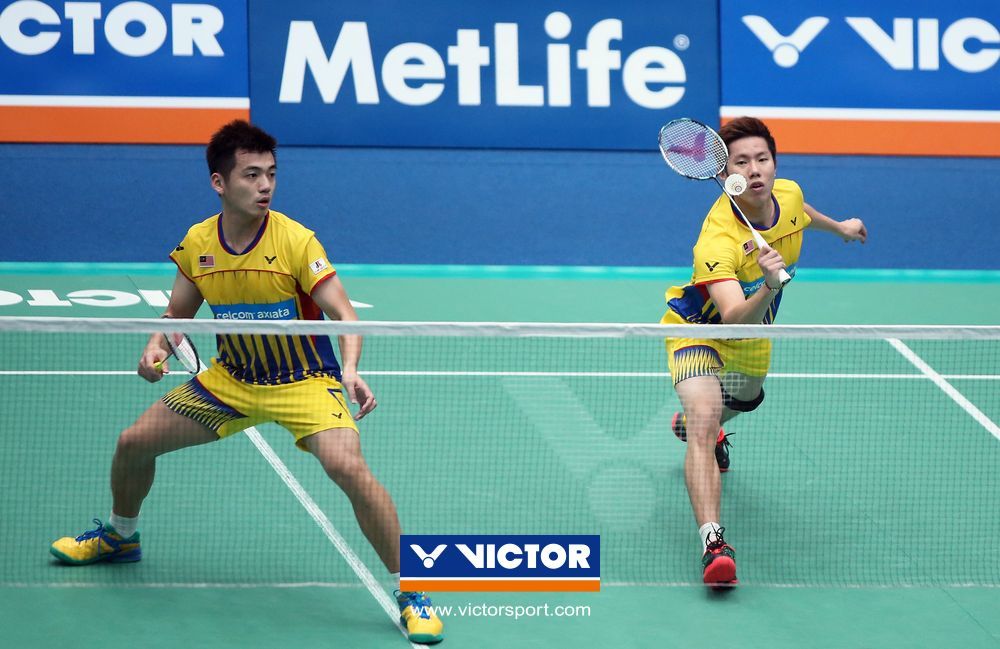 Tan Wee Kiong and Goh V Shem are looking on the right track to do just that and take over the torch. The Malaysian number 1 team has been establishing their names among the world’s very best with consistent showing at majors and they are now leading the race for the year-end Superseries Finals.

After their recent silver-medal from Rio and a bronze-medal appearance at the VICTOR Korea Open, they are now at a career-high world no.7 and there are no signs they’re slowing down. Saying that, they will have to find their top form this week right from the beginning, though, when they’ll face Zhang Nan in the opener, the man that put their Olympic fairytale to an end. Zhang has partnered up with Liu Cheng after the successful Olympic mission with Fu Haifeng.

On an interesting side note, the Denmark Open will be the first tournament Tan plays in a married life.

Another promising future leader team will be Gideon Markus Fernaldi and Kevin Sanjaya Sukamuljo. The Indonesians have had two Superseries titles in the bag this season in New Delhi and Sydney, sitting at fifth in the Superseries standings for the Finals. They will encounter Malaysian no.2 Tan/Koo in the first round this week at the Denmark Open. Sulkamuljo and Fernaldi led the head-to-head by a perfect 2-0. 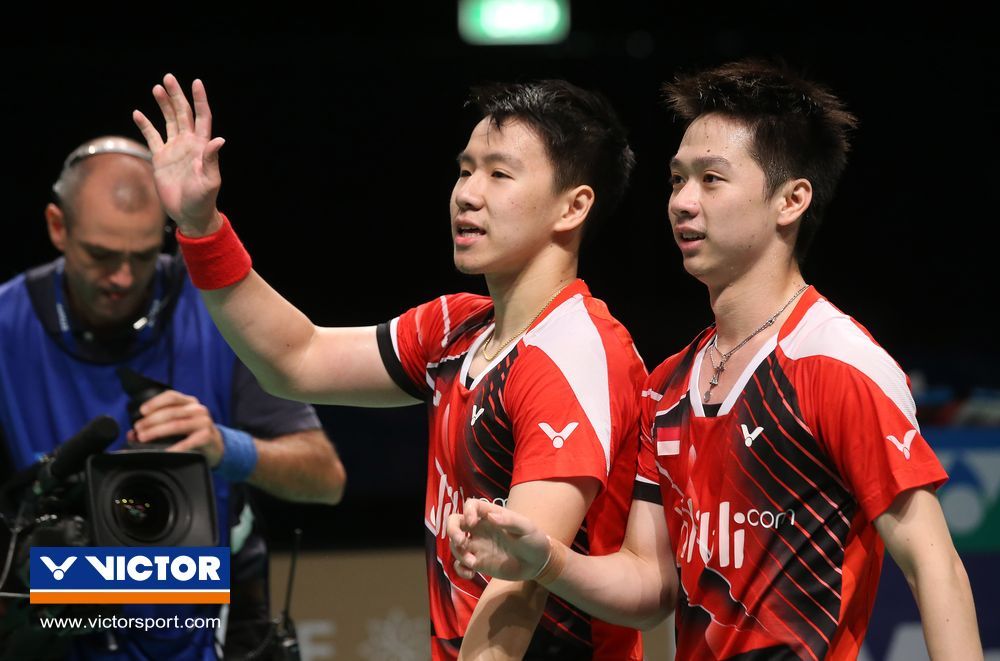 Gideon Markus Fernaldi and Kevin Sanjaya Sukamuljo have taken two Superseries wins in 2016 and are seen as one of the sport’s brightest future leaders.(Credit: Badmintonphoto)